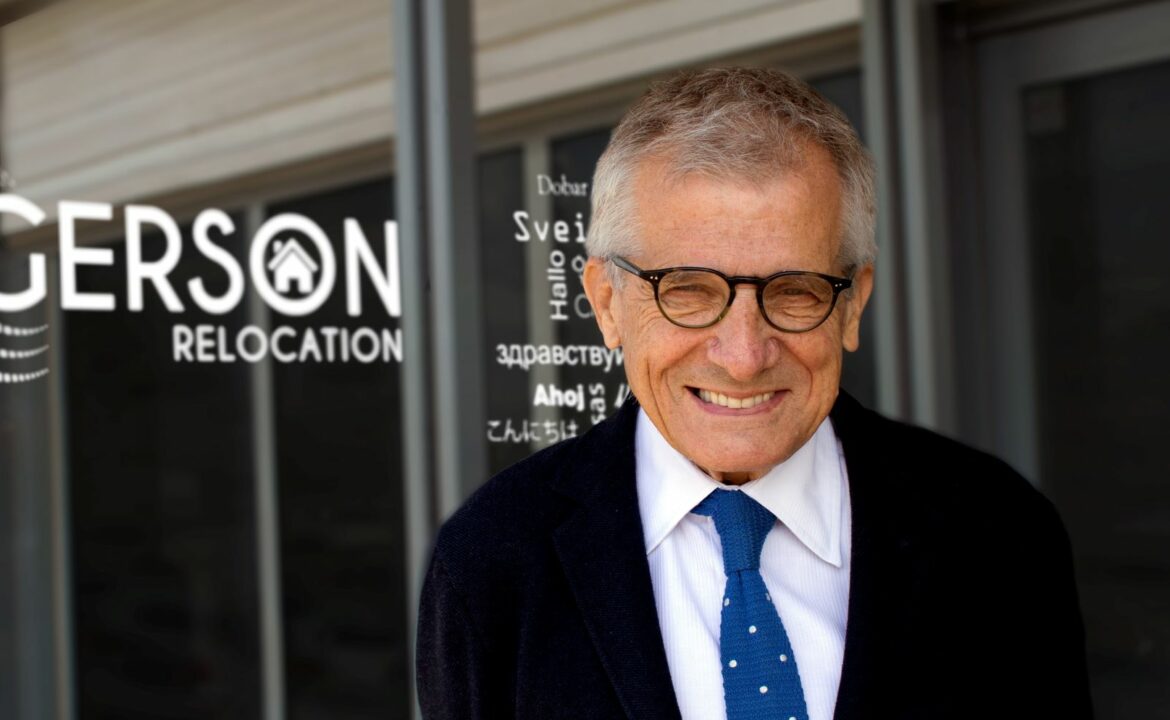 It is almost impossible to write a short summary of Paul’s life, he achieved so much and had relationships with so many. We will all have our own memories and stories of Paul; our memories will be unique – just as Paul was unique to this world.

Paul was born in Battersea on 13th May 1947 to Peter and Jean. He grew up with his sister Lynne and his brother Malcolm. It was not until much later in his life that he was absolutely elated to find his other siblings Jayne who was living in the USA and David living in Canada.

Whilst Paul had a long and distinguished career dedicated to the moving and relocation industry, it all started quite humbly at a young age. Among his first jobs were a milk and paper round, golf caddying and, at the age of 14, he set up his own car cleaning round. When the family moved from London to Somerset Paul worked at Lloyds Bank as a trainee bank manager but was then parachuted in to assist his father’s grocery shop business using his entrepreneurial skills to turn the shop around.

When Paul moved back to London, he became involved in various businesses including a hairdresser’s – “Kop La Roche” – and the infamous “Nicks Café”. Paul even worked as a part time night controller for a taxi company – giving Paul an amazing “A-Z” knowledge of London and the link to the moving industry.

It was while working as a night controller that someone asked him if the taxi could move some furniture, the answer was ‘no’ so Paul started P & M Removals with his school friend Mickey. He later went on to meet and form a partnership with Richard Levine and in 1973 created Trans Euro Worldwide Movers

His drive for excellence and innovation meant that he continually forced change, notably developing Europe’s first fire-safe warehouse in London. Paul instinctively knew the value of people and encouraged his management team to excel, by the time he came to pass on Trans Euro to its new owners the company had eight offices and employed over 500 people.

During a period of non-compete Paul acquired a hotel chain and crate hire business, then when contractually permitted Paul purchased Interdean Interconex in 2005. He immediately restructured the company and assembled a new management team to refocus Interdean on Europe. Under Paul’s guidance Interdean thrived and, as with Trans Euro, he forced change and innovation with a continued focus on quality. Paul sold Interdean in 2011 and resigned as chairman in May 2012.

Following the sale of Interdean Paul didn’t stand still, he acquired the majority ownership of the UK’s largest nightclub business and assumed a non-executive directorship on the board in December 2011.

In 2014 the yearning to return to the moving industry proved too great and Paul purchased Momentous Moving Excellence and re-branded the company as Momentous Relocation. In October 2016, he purchased Abels Moving Services and Gerson Relocation, establishing these iconic brands within AGM Group. In leading AGM Group, Paul also launched Global Moving Services in 2018, and acquired the assets and business of Bishop’s Move and Dijkshoorn in The Netherlands in 2020.

Led by Paul, AGM Group now own and operate 7 market leading relocation brands, employ over 300 staff and remain key supporters of innovation and service excellence within the international moving industry.

Russell Start, AGM Group Managing Director said “Paul’s passing came as a great shock to all of us. Paul will not only be remembered for his drive, energy, and success in the moving industry, but importantly as a man with integrity and a great sense of humour. We will all miss him and never forget how he encouraged us all to be the best we could be.”

Paul was a workaholic who left limited time for hobbies but outside of business he had many interests in his life and he especially enjoyed nature and wildlife and loved fine food. He also enjoyed rugby and remarkably was watching rugby on TV two days before he passed. He also loved films, his favourite being ‘Cinema Paradiso’ and he grasped every opportunity that he could to go to the cinema – regardless of what was showing!!

But – unequivocally – his greatest love of all was for his daughters, India and Charlie and his grandchildren Sienna and Harrison.

In his office is the following quote by Abraham Lincoln: “In the end, it’s not the years in your life that count. It’s the life in your years” – Paul certainly lived up to that.

A private family funeral took place at his church in Hampstead, London on 7th April 2021.

We use cookies on our website to give you the most relevant experience by remembering your preferences and repeat visits. By clicking “Accept”, you consent to the use of ALL the cookies.
Do not sell my personal information.
Cookie SettingsAccept
Manage consent

This website uses cookies to improve your experience while you navigate through the website. Out of these, the cookies that are categorized as necessary are stored on your browser as they are essential for the working of basic functionalities of the website. We also use third-party cookies that help us analyze and understand how you use this website. These cookies will be stored in your browser only with your consent. You also have the option to opt-out of these cookies. But opting out of some of these cookies may affect your browsing experience.
Necessary Always Enabled
Necessary cookies are absolutely essential for the website to function properly. These cookies ensure basic functionalities and security features of the website, anonymously.
Functional
Functional cookies help to perform certain functionalities like sharing the content of the website on social media platforms, collect feedbacks, and other third-party features.
Performance
Performance cookies are used to understand and analyze the key performance indexes of the website which helps in delivering a better user experience for the visitors.
Analytics
Analytical cookies are used to understand how visitors interact with the website. These cookies help provide information on metrics the number of visitors, bounce rate, traffic source, etc.
Advertisement
Advertisement cookies are used to provide visitors with relevant ads and marketing campaigns. These cookies track visitors across websites and collect information to provide customized ads.
Others
Other uncategorized cookies are those that are being analyzed and have not been classified into a category as yet.
SAVE & ACCEPT